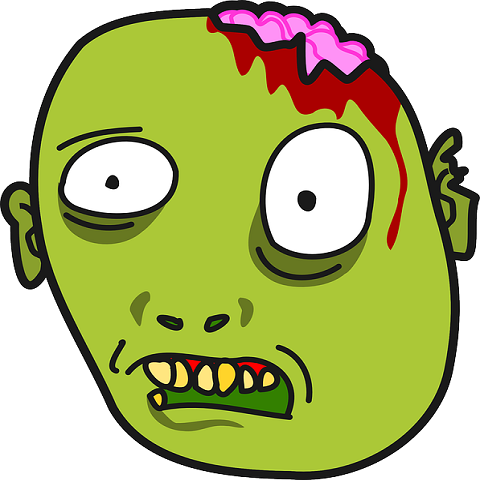 As an author of a Zombie Apocalypse series, I am always asked by my thousands of fans how a Zombie Outbreak can actually start.

Perhaps I am not asked as often as I would hope.

And as for thousands of fans… well a writer can dream hey.

That said if you are a Zombie fan, You must have asked the question before.

How can a Zombie Outbreak realistically start? In General and in most pop culture, the one way is always through some sort of virus or bacteria. Other realistic options include a possible man-made intervention or injection. Lastly, but perhaps less realistic is the possibility of a supernatural event or alien infestation.

So grab your popcorn, zombie DVD collection, and books, and let’s look at each – realistic – zombie outbreak realistically.

But in all honesty very probable.

Also the premise for our Book…shameless promotion I know. While I am at it read book 1 for free by clicking this link.

So a Virus with the possibility of changing human behavior and making people eat other people. If you look at current illnesses like Rabies, for example, the possibility might only be a few mutations away.

And we all are now so familiar with Mutations…moving on.

Add to it that this type of zombie outbreak is also mainstream in many current and older Zombie fiction and movies.

The question is always is how realistically can this happen in massive overpowering numbers. Now we tried to show this in Kill Them Dead Book 1 – The Sart of the Zombie Apocalypse (Shameless self-promo #2) and we believe that our angle is different.

Now a virus can be nature mutilation or mand made, which leads us to the next…

If I really put on my realism hat.

And walk in the other direction from Fiction.

I would say this might be the most probable option.

See, with technology, nano, scientific or biological, the probability to create a zombie-like creature is definitely there.

Whether governments would use it to infect a select few like a tactical team to gain more strength and zero compassion or, whether it is merely an experiment going wrong, the options are endless.

This is not an ANTI-or FOR VAX debate or suggestion, but realistically mass jabs can be used to distribute the zombie state biological weapon.

Last but not least there is always the possibility that a new narcotic can produce zombie-like tendencies. In fact, that is already prevalent in what is known as Flakka

This is one weird way the Zombie Outbreak can start.

So when we discuss the supernatural many people simply close their eyes or just walk away.

And absolutely your choice to do.

All of that good things said…if you believe in the Supernatural, evil spirits that surround us, then there is really every possibility of demons possessing humanity and transforming them into flesh-eating creatures.

Do we need a priest in the house for an exorcism?

Well if this possibility exists, then that would also be the cure.

But in the old days, a lot of unexplained human behaviors were blamed on demons. Although a lot of these are now explained as mental disorders, there still remain things no one can explain…like the next one.

Or perhaps it is the most far-fetched.

But with billions of planets and then an added probability of more advanced alien societies they can in theory create versions of biological weapons to start off the Zombie apocalypse.

To conclude, there might be a few more options. Realistic and probable? Perhaps.

At least from a Fiction writer stand point, the possibilities might be endless.

PS: a last shameless promo, if you want to find out exactly how the zombie outbreak started and you want to read it all in one sitting, then grab the boxset of Kill Them Dead Here from Smashwords with a juicy 50% off coupon.

Ben Finn is an Author trapped in an Employee’s body.

He is the co-author of the Kill Them Dead – Start of the Zombie Apocalypse series, as well as a few other stand-alone books you will find on this site.

However, his musings and weird utterances do not always make sense. But hey he was told blogging would change his world so it is a Narcissistic exercise.

Above all, he loves his wife and two boys.

We use cookies on our website to give you the most relevant experience by remembering your preferences and repeat visits. By clicking “Accept All”, you consent to the use of ALL the cookies. However, you may visit "Cookie Settings" to provide a controlled consent.
Cookie SettingsAccept All
Manage consent

This website uses cookies to improve your experience while you navigate through the website. Out of these, the cookies that are categorized as necessary are stored on your browser as they are essential for the working of basic functionalities of the website. We also use third-party cookies that help us analyze and understand how you use this website. These cookies will be stored in your browser only with your consent. You also have the option to opt-out of these cookies. But opting out of some of these cookies may affect your browsing experience.
Necessary Always Enabled
Necessary cookies are absolutely essential for the website to function properly. These cookies ensure basic functionalities and security features of the website, anonymously.
Functional
Functional cookies help to perform certain functionalities like sharing the content of the website on social media platforms, collect feedbacks, and other third-party features.
Performance
Performance cookies are used to understand and analyze the key performance indexes of the website which helps in delivering a better user experience for the visitors.
Analytics
Analytical cookies are used to understand how visitors interact with the website. These cookies help provide information on metrics the number of visitors, bounce rate, traffic source, etc.
Advertisement
Advertisement cookies are used to provide visitors with relevant ads and marketing campaigns. These cookies track visitors across websites and collect information to provide customized ads.
Others
Other uncategorized cookies are those that are being analyzed and have not been classified into a category as yet.
SAVE & ACCEPT